Melt the Iceberg of Ignorance with Process Transparency

In his acclaimed study in the 1980s, consultant Sidney Yoshida stated that “only four percent of a company’s problems are known to top managers”. Sounds familiar? It’s a statistic that sits at the tip of the ‘Iceberg of Ignorance’ and still rings true for businesses today.

Let’s look at why the ‘Iceberg of Ignorance’ study is so relevant in so many industries, and how leaders and managers can apply process mining to effectively melt it away. 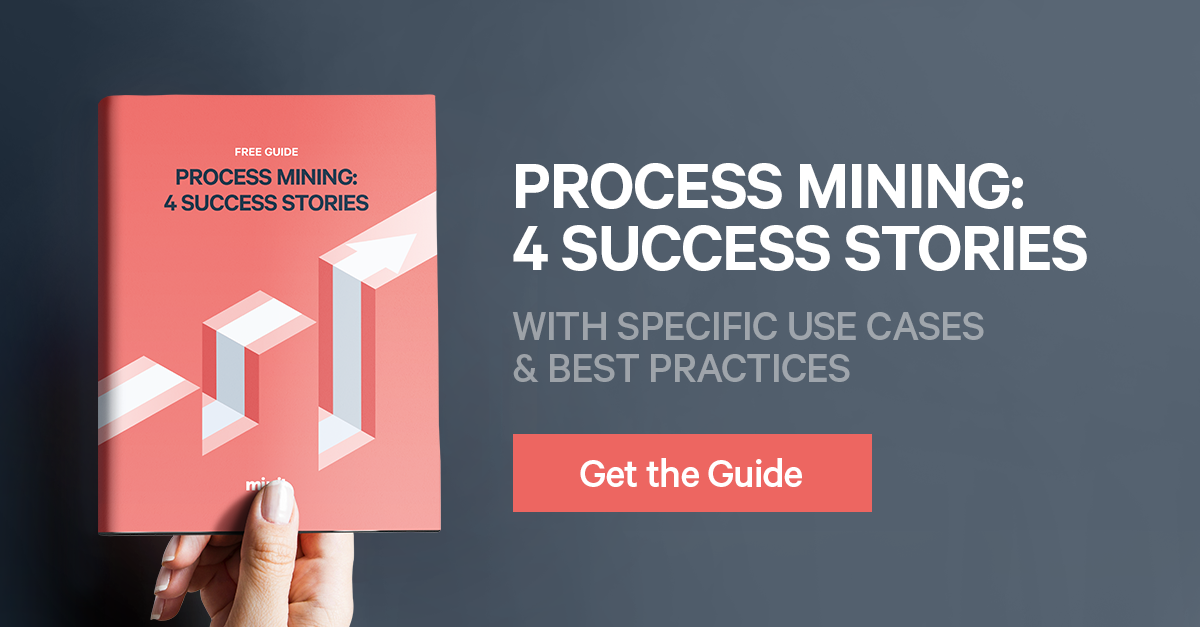 What Is the Iceberg of Ignorance?

The ‘Iceberg of Ignorance’ is a term coined by Sidney Yoshida in a 1989 study of the mid-sized Japanese car manufacturing company, Calsonic. As a popular concept in its day, it led to the popularization of suggestion boxes and quality circles, among other things.

100% of problems faced by the company are known to front-line employees.

As workplace culture expert Don Rheem states, “In many organizations, the lowest-paid employees are the receptionists, customer service staff, and front-line people—the very people who interact... with the customer. They are, in short, the most important people in the organization”

74% of problems are known to supervisors.

Yoshida found evidence that suggested the percentage of known problems decreased within those in a supervisory role. However, the percentage only continued to decrease as you traveled up the hierarchical leadership.

9% of problems are known to middle management.

Only 4% of problems are known to top management.

This phenomenon of senior management not being aware of 96% of organizational issues, challenges, and staff dissatisfaction has given ground to the popular iceberg visualization, representing the many issues that continue to remain “unknown”. 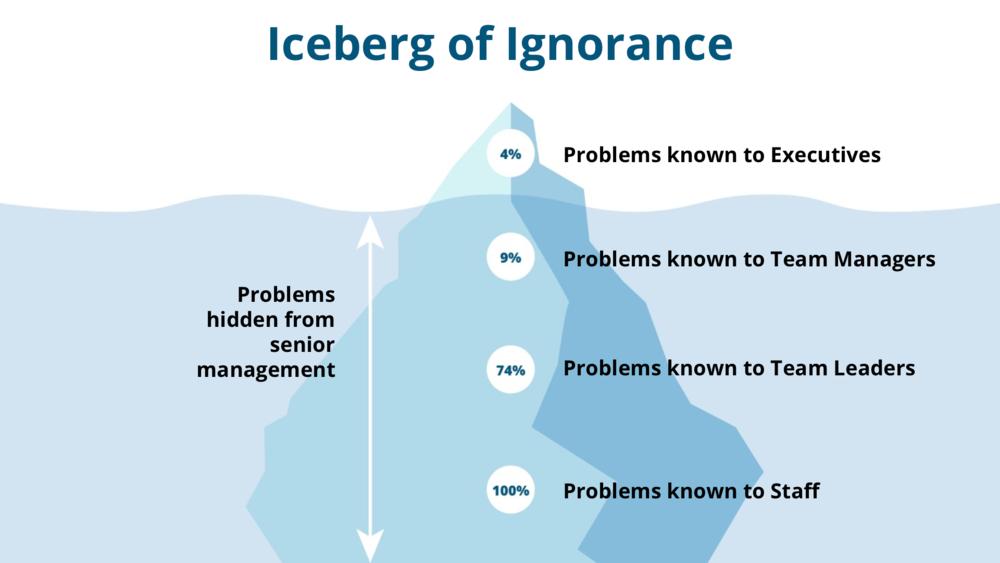 Thirty years later, the disconnect between front-line employees and managers continues to exist. There’s even a growing concern that leadership is not completely cognizant of issues pertaining to their own organization objectives, and recognized and established systems before they can even start considering developing into a well-oiled organization.

Essentially, you can’t know everything about your company, no matter where you fit into the hierarchy, but there’s a cost attached to not being close enough to the ‘front-line’.

So how can we move away from seeing just the tip of the iceberg?

One method is process transparency through Process Mining.

Melt the Iceberg of Ignorance with Process Transparency

Process Mining, for instance, identifies the glue that holds pieces together. As a software, it provides actionable insights and data-driven business process measurement and analysis. In other words, it’s a clear, visual beacon of how things happen, why they happen, and illuminates the stakeholders involved.

“It’s uncanny to see the surprise each manager experiences when shown how easy process discovery can be and how it ultimately assists in making more informed decisions.”
—Michal Rosik, CPO and Product Visionary at Minit

The bottom line is, opportunities in technology are happening fast, now more than ever should you be ready to make changes and adapt quickly. Added visibility can get you on the right track to eliminating the complex challenges of escalating issues.

So the real question is, where do you sit on the ‘Iceberg of Ignorance’.