The Analytics team at BDO Netherlands decided to use Minit Process Mining for t For an auction house, they helped with analyzing and fixing the finance function and for a Netherlands' construction company, the aim was to improve the OTC process.

Interested in diving deeper into the topic? Watch our session from BPM Live 2019! 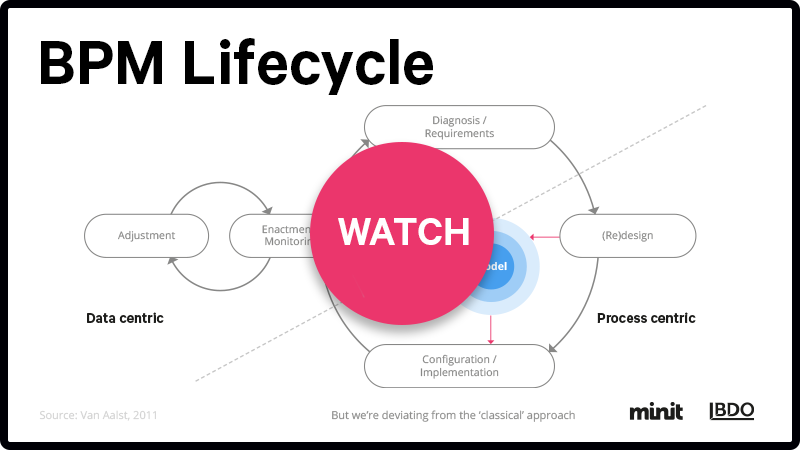