4 Signs that Your Business Process is Too Complicated

Just give us your email where we will
send you pdf file article.

Today we’re looking at signs your business processes have become too complex, convoluted, or otherwise complicated. Let’s start with a quick definition of terms—process.

A process is any set of actions that takes an input and generates something else as an output.

In a business scenario, this definition applies to be everything from inventory tracking and invoicing, to customer service and hiring new employees. All of these situations take an input (a shipment of parts, an email from a customer with a problem) and generate a different output (an inventory of supplies on hand; a resolved ticket and a happy customer; a new hire). So what are some signs you can look out for that indicate an overly complicated or broken business process?

This statement can indicate a number of potential issues; either a process was just too complex to be followed, so employees started improvising; or perhaps not enough analysis was done for the employees involved to have a better grasp of it. Why is that a problem? What happens when new hires are brought into the team and begin reading the process documentation? They internalize the official process rather than what’s actually being done, and now you have a discrepancy in how different team members are doing the same job. This in turn can lead to delays or other bottlenecks while everyone is brought back together. 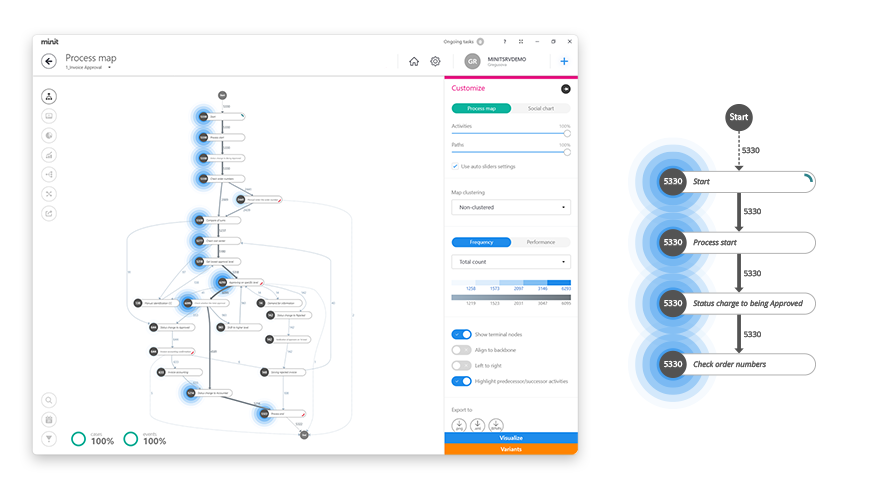 Another possible source of this answer is if a process was never updated to match current reality. Take for example inventory tracking. If your process for intake of new supplies was created seven years ago, and in the intervening years new IT systems were put in place, the warehouse was moved down the block, and there’s been 75% turnover in staffing—your process is now broken. This is an example of the process being static while the business changed around it, and your employees have been adapting as necessary to continue getting their jobs done despite the process rather than because of it.

2. Gaps are identified during process analysis.

Process analysis is key for identifying gaps. These can appear when steps in a business process lack documentation, or when multiple people believe another party to be responsible for a particular stage of the process.

In the first case, process sequences can be duplicated without each team or individual being aware of it due to complex instructions, lack of communication between teams, or a lack of identified leadership. These redundancies lead to gaps in the process because each team is now working to figure out where they went wrong; who needs to know and what they should be doing about it; rather than completing their process stage.

In the second case, process analysis might reveal that two separate teams believe the other to be responsible for a particular step in the process. The result is that step not actually being performed. Whoever is responsible for the next step has most likely improvised their way around this gap and may not even realize that they have diverged from the official process.

In both scenarios, process analysis will illustrate the discrepancies and provide the necessary guidance for updating processes as appropriate. Once you find the gaps, you can work with the teams involved to produce a coherent process map, so that everybody understands their role in the process; the output will be what is expected by those involved in the next steps in the sequence; and any redundant resources can be redirected to more productive ends.

If you find a process that seems to lack a documented workflow, or has a workflow that is missing a communication step, chances are it’s because the process is too convoluted and employees have defaulted to using email as a fall-back option. When the official process involves too many steps, or there is no clear, easy-to-follow communication method, people will use whatever they have at hand to fill the void. This is often email, which is not necessarily a bad thing by itself. The problem here is when there’s no way to connect the email trail with the process it’s documenting.

Using an official communication channel that is connected in some way to the process itself allows for better auditing, ensures clearer communication of business needs, and keeps the records tied together and the process moving smoother. If you have to navigate among email, your inventory tracking system, and your asset management system all to see a process in action—the process is too complex.

A similar situation arises when a spreadsheet has become the default documentation system. When employees are unable to decipher what the process says they “should” be doing to track something, again they’re likely to default to a known tool. If you find shared spreadsheets are being used in lieu of the documented tracking method, it’s time to reassess that process as a whole and clear up the confusion.

What happens if an employee in the middle of a process sequence has no idea where their input is actually coming from? One day, they might not receive it and won’t be able to complete their step in the process. This is an invisible process, one which is apparently happening regularly, yet is not seen by the people on either side of it.

There is the potential here for major breakdowns and bottlenecks while everyone hunts down the missing input, or output, and tracks it back to the responsible party. Meanwhile, the process has ground to a halt and production has suffered, which affects the entire company’s bottom line.

What can I do to stop my processes from getting out of hand?

These four signs of overly complex processes are just the beginning. Using process mining, analysis, and mapping can help you identify any place a process is getting bogged down, producing redundancies, lacking documentation, or otherwise becoming complicated. Once you identify these areas of improvement, you can move quickly to eliminate the problems and ensure everyone involved is on the same page, using the same procedures, and update all documentation to stop future problems from appearing.